He is a rose grey creation of style, presence, conformation, highly advanced fleece and profound genetic potential. Oh and by the way he is the 2018 Grey Invited National Champion!!!

Light's Out MC1R + ASIP Genotype is Ee aa and his Grey/Non-Grey Status is Classic Grey.

He is currently closed to outside breedings.
Ask For Price
Ask a question
Details
Certificate
Dark Falcon is a phenomenal true black girl! At over two years of age, judges have remarked that “her fleece is fine with a consistency that carries over to both sides of her body”; she is an “elite female”.

Dark Falcon has bannered in five out of the seven shows she has entered. She is passing these qualities on to the next generation. She is a great part of our black foundation herd, producing beautiful black cria. 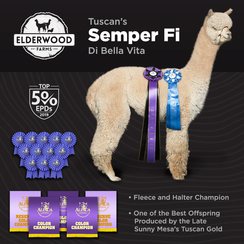 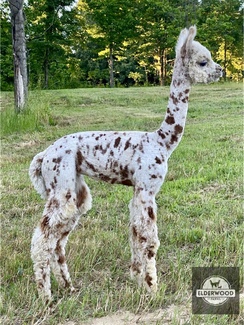 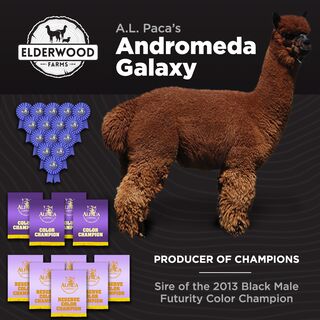